Sitting On A Spring is a short meditation by ZEN-MEN.

It was a great surprise to find this lovely dashboard monk in my hardware mail, thanks Theo!

How do I meditate? Its still a question people ask me from time to time. There are many ways – find the one, which suits you best. One easy way would be to watch this video for a while, even in FULL-HD if you like!

Try to relax, sit still and listen to the music if you like. For the music I picked a track, I wrote back then for Florent; “Le Petit Fleur” from the ZEN-MEN album “Rue Lepic”.
Chill-out, dude! 🙂 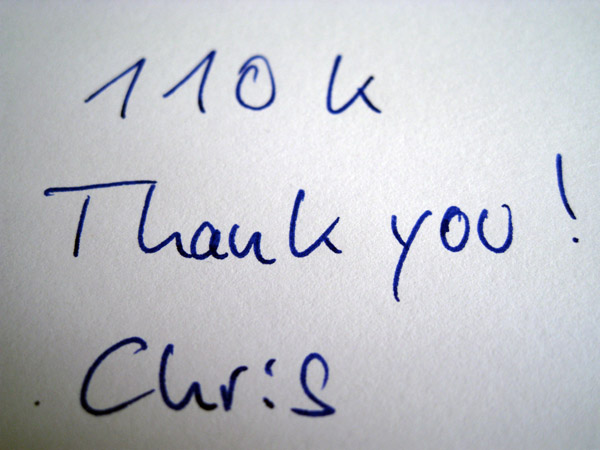 Since the start of Chillaxing the World, the statistics have counted more than 110000 unique visitors.

I want to use this moment and thank all the readers, contributors, supporters and you.

To celebrate the 110k, I wrapped up a small gift for you, a ZEN-MEN Medi-X Video, the Ocean Boat in Mauritius, 5 minutes length, fine quality .MP4, about 142MB.

Some people asked me, if there is also a full length version of the Medi-X Power-Nap by ZEN-MEN available online. Thanks to YouTube, the once 10 minutes limit is a topic of the past now.

Please enjoy and relax with the Power-Nap_201 and choose your resolution up to 1080p Full HD!

Hope it is useful for you. 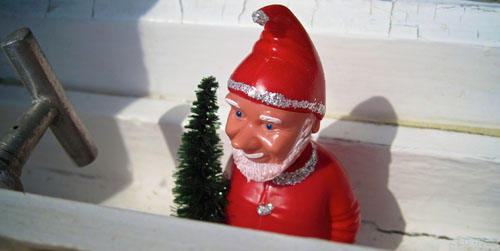 Christmas is near and again, it looks like the end of the road. Opening the door for the new year could be great, if there wasn’t your crazy monkey mind reminding you of all the gifts you did not buy yet, your missed goals of 2010, the quality of relations these days and suddenly – you are real down. Xmas, sounds like X-Men to me, you have to be a superhero to break through the stress window in December!

So what about the quality of sleep, your dreams, your hopes and fears? If you had a manual for your life, like the book of not knowing, would that change a thing? Can we learn, that happiness cannot be found (at least not with our regular approach…)?

In 2010, did you have enough energy for the good life? For me, forest bathing and the words of my perfect teacher were great tools to refill my battery. Next year, will you make (only) a sequel of the movie of your life or will you breathe to relax?

Stress and Sadness often go hand in hand and the relativity of time might teach you the value of emptiness. Try to enjoy a mini break here and there and remember that your blood type drives your stress type!

Let it sync, take a Power-Nap by ZEN-MEN, write more postcards, have a perfect tea time and stop waiting for a better offer. I have made 2512-Christmas to help you to relax in the Xmas harvest time – hopefully it is useful for you.

For the new year, I wish you all good health, much love and FUN to chop (the) wood! 🙂

It’s all about quality. The quality of life, love, friends and family. Quantity can make you feel tired, left alone and useless.

How would you connect stress with sleep? My personal life experience is, I can sleep for 10 hours and still feel like a smashed tomato or be totally refreshed after a 15 minutes Power-Nap. What makes the difference?

Our brains are a bit like computers, we have energy saving modes like standby (that’s when you wait in this endless customer support hotline), hibernation (you try to sleep but your brain still takes a backup of today), sleep mode (your brain finally shuts off after you got a blue screen) and dreaming (only for humans, unless you are HAL 9000).

When we enter the supermarket, most of us have a tag cloud in our heads: milk, bread, tomatoes, beer, juice, water, potato chips… We are lost until we start to focus and set priorities. If you want to relax and increase the quality of your life, a good sleep is a great foundation. Power-Naps and Sleep-Ins by ZEN-MEN might be great tools for you. Happy relaxing and Bonne nuit! 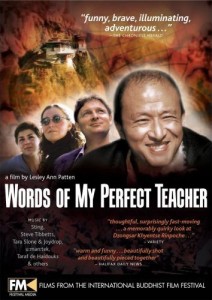 Sometimes you don’t need many words to describe something:

If he’s enlightened, why doesn’t he act like an enlightened being? … That’s a reasonable question, isn’t it?

Words of my perfect teacher is not only a movie, it’s also a journey inside your heart and soul. Much too often we try to fulfill somebody else’s expectations, we try to follow the rules. On our trail back to real happiness, we either will have to break some rules or  we might lose our-self. Choose wisely! 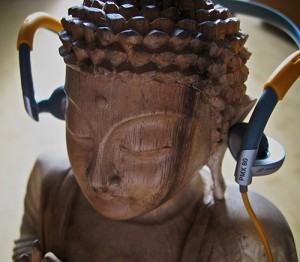 Recently I was practicing some active Feng Shui, also known as hoovering. Suddenly the doorbell rang, I paused the iPod, opened the door and looked into the surprised eyes of my neighbor (Hi Bettina!).
She: “What are you doing? Listening to music while hoovering?”
Me: “Yep.”
She: “Now that’s a cool idea!”
Me: 🙂

For me the sound of a vacuum cleaner sounds stressy but with fine music and great equipment you can turn the hoover act into a hovering performance. With the Sennheiser PMX 80 Sport Series II headphones I finally found for me the perfect companion. A full sound, very convenient to wear and a fancy design!

Very practical for hoovering, perfect for sport like trail running, elevating during a walk into nature (especially with ZEN-MEN music 😉 ). Happy hoovering!

OUT NOW! ZEN-MEN Medi-X videos are chillaxing for eyes and ears.
These modern short meditations help you to focus whilst you enjoy mini breaks during the day. Experience the here and now and create refreshing moments for your brain and your being.

All 12 full versions of vol.01 are in high quality and have a length of 5 minutes each. (Even higher than on YouTube!)
For example here: http://bit.ly/ZEN-MEN_iTunes
More information about the Medi-X project can be found here.
Audio from: Medi-X vol.001+101
Video locations: Mauritius, South of France, Finland

To celebrate the release, I am giving away 100 FULL videos for FREE! Just write me an E-mail, include your name and country and which one of the 12 videos you would like to get and I will send you an E-mail with your download link.

I wrote the song and the lyrics of ZEN-MEN feat. Caroline – “une table à trois” in 1997. Caroline was pregnant in her 9th month and you can hear movements of her unborn daughter in the original recordings. It’s all about relativity, duality, about hopes and fears, obvious but hidden rules of life, the illusion of time and the One.
She comes into the cafe and sits down at a table with an old gentleman. Their conversation pauses from time to time for “meta-thoughts” like “Night and day at the same time, the sun shows the time but the sun itself has no time”. She takes two pieces of sugar for her coffee, one shaped like a heart, one like a cube. The old man explains her how he shares the sweetness of his heart, how he offers it in his open palms to the world.

Today it is Saturday here in Germany. Maybe you have had a stressful week, feel tired and now are trying to slow down over the weekend. This seems kinda unfair to me, using much of my free time to recover from the week. A while back I started to create Power-Naps by ZEN-MEN. The music and the woven-in brain tones are designed to bring you the relaxation level of a normal two hours sleep in 15 minutes. My friends have already asked me for a sleep-in only version of those Power-Naps, and I am working on that as well.

In Asia naps are widely accepted by society, it’s a sign that the person having a nap is looking consciously after his/her body and health. Latest developments even brought nap-shells to airports and official offices here in Germany. Use naps as an addition to a good normal sleep and actively transform a small amount of downtime to a 15 minute ritual for your body, mind and soul. Please share your experiences in the comments. Thank you!

FREE download via the ZEN-MEN video podcast at iTunes